The World’s leadership is full of failings I therefore recommend you solution makers to take over the World leadership space and not the current policy makers who are rulers across the World political space today.

Yes, my point of argument is when you solution makers take over leadership space your first point of call is to think and think solutions.

Build bridges across the World numerous boundaries; bridge the gap between the have and the have not, the poor and the rich, fill the empty lands and main lands, fill and bridge lacuna with the existing orders and continue on the job you are known for which is to build bridges across all mankind’s empty domains.

Leadership is a responsibility upon an individual or a group of people to exercise an authority over a dominion on a certain direction, champion activity or be at the forefront of a certain course for others to follow.

It goes with a whole lot of abilities to take responsibilities at the forefront for others to follow; and at such, it evolves the individual or the group that others have to follow to a certain direction with a certain amount of abilities at such capacity. 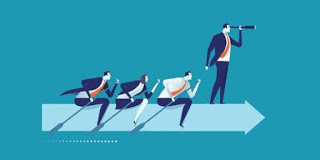 In other words, leadership is all about championing a certain course with all that you have or that you are made of as a being; meaning your inherent abilities, the capacities you have or you enjoy in life, your opportunities, your physical and spiritual estates that belongs to you as a being are all exercised in a course for others to follow upon and thereof. In other words, one cannot lead if he or she does not have the ability to act or show the way for those he or she leads.

Rulership is not leadership but a machinery or a system that is controlled by a certain custodian of power on a certain structure upon a people, group or a society, community, a nation and many more. Being in control of government does not necessarily mean you are a leader you might just be a policy maker and rulership are in correlation; they do not necessarily stand in consonance with what the individual that governs or rules stand for or believe but what the system and the structure believes and stands for. The systems we have in our modern-day societies are more of policy makers which are modernized form of dictatorial system of governments like the monarchical and the tyrannical structures where the monarchs and the tyrants measure and dictate the decrees or the customs and the tradition for the people they rule and failure to do so they face severe penalties of which majority of such policies, laws, traditions, customs and orders are draconian in nature.

Leadership was mostly exemplified by the ancient warrior kings when the kings were the generals of wars and the protectors of their People themselves. Where leadership still exist in today’s World are the families and our private business organizations where those in charge are faced with challenges to improvised solutions for everyday life survival. And the only reason why that still remains in modern era is simply because of the importance of the ruder to the ship; when the ruder is lost, the ship is direction less. I mean, the family is the most important union to every individual for the fact that it is the first and the closest to every human being on the day to day living and the private organizations are the economic powers that be or hands that feed the mouths and they are like the ruder and the ship.

So, I urge you all solution makers to continue to be steadfast, put more sacrifices on your drive to building more innovative platforms on new way of doing things that must be different from the old era and continue more on your leadership drive to build more bridges in vacuum places across the global hemisphere and together we can make the World a better place.

Power of Leadership: power that surrounds leadership has remained the biggest force of human transformation right from the time of creation. Adam was different from Eve in terms of coordination and sense of reasoning due to the task of leadership that was entrusteed upon his shoulder to lead all living things dwelling in the garden of Eden. Abel was more responsible, accountable and dependable than Cain because he assumed and appreciated the values of leadership over his elderly brother, Cain who was more of the careless and reckless type over the affairs of important issues and of course that was what God saw in their heart. And at the end, we all know how he recklessly took away the life of his younger brother, Abel, due to mere issues of jealousy. Just as it is psychologically established, leadership is the biggest tool of human transformation. Once one assumed the role of leadership, everything about him changes towards that direction; his line of thoughts, his sense of reasonings, his attitudes and what have you changes completely from his old ways to his new course of life.That is why when people got married they easily got changed from the way of single hood to a full blown married personality within a shortest period  time. And that is also why people always complain about their old friends who have assumed certain positions of leadership are no longer flowing along the way it used to be of the past and mostly of the complain that they no longer have their time. The truth of the matter is that the task of leadership is quite enormous and it overwhelms a whole lot of people and they might not necessarily know how to strike a balance.

I can't seem to find a user with that username. Please check your username input.